This month’s theme was:

INTENSE songs to work out to

I enjoyed collaborating last month on a playlist so much, I decided to make it a monthly project! This month I asked for help creating a playlist for the gym and running tracks. I got a lot of throwbacks and some great dance tracks. The playlist came together perfectly. I got so many responses! I field tested the playlist this morning and approved it myself! So all the songs are cardio-approved. The playlist ends with Enya‘s “Only Time” — I added that for the final cardio resting period… The suggestion was more playful than serious, but I wanted to make sure I incorporate all the suggestions you guys gave!

Check out the playlist below and FOLLOW it on Spotify!

Make sure to participate next month in my next playlist collaboration!

The first ever playlist collaboration has been made! The theme/question was:

“THE LAST SONG YOU LISTENED TO.”

Yesterday I had a #QuestionOfTheDay that asked follwers of The Pop Pyro on Facebook to leave a comment of the last song by a female pop artist they listened to. I then compiled all of the responses and made a Spotify playlist so that everyone can see what each other are currently listening to! It boasts over 2.5 hours of music for your enjoyment! And naturally, it includes a large block of Britney Spears tracks. But it also includes a ton of dance hits and some delightful throwbacks! This turned out to be a great playlist to refer to when you can’t decide on what to listen to. It has everything!

Make sure to participate next month in my next playlist collaboration! 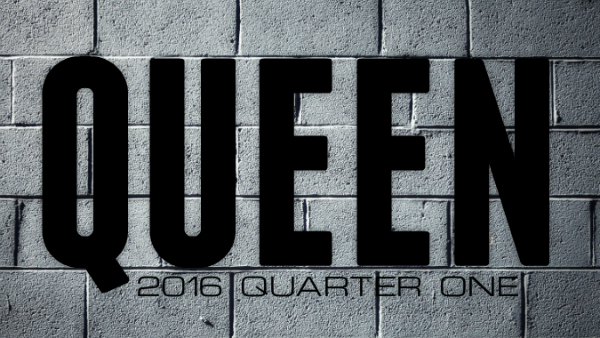 Fifth Harmony‘s song “The Life” BARELY surpassed dumblonde‘s votes, literally, in the final hour. And as I was watching the time and votes it was literally vote-for-vote between the two. Rihanna’s work didn’t fare too well on this last round but still made third place this quarter.

Congratulations to the girls and “The Life” for becoming my inagural Q1 winner! Keep an eye out for song premieres the next 3 months to compete in the my Q2 tournament this summer! See you then.

Congratulations to the young women of Fifth Harmony! Pre-order their album ‘7/27‘ and get the song “The Life“instantly! Follow The Pop Pyro on Facebook, Twitter and Instagram and let me know what you think of the queens of Q1 this year.

VOTE for one of THREE finalists!

Only TWO votes separated Rihanna‘s “Work” from matching Fifth Harmony‘s “The Life.” And I felt that having the #1 album and #1 song on the Billboard charts this quarter deserves one more chance at the crown. So Rihanna and Fifth Harmony BOTH move on to the final song battle! dumblonde outsmarted Gwen Stefani‘s “Make Me Like You” last round with their beachy spring song “remember me.” You will only have ONE day to vote for these three songs this round! I will announce the winner tomorrow night (April 8th). VOTE-VOTE-VOTE and SHARE this poll to help your favorite song win!

Revisit each song before making your final decision in the poll: 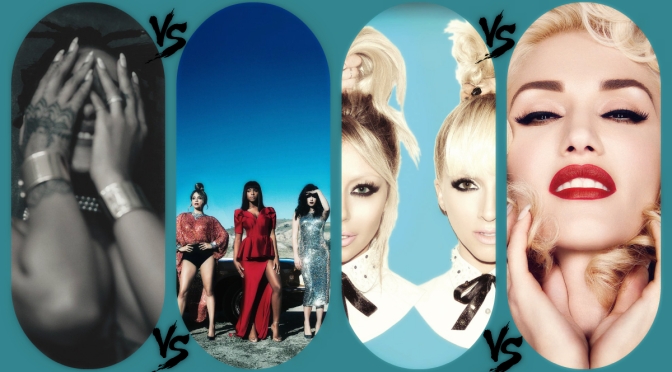 Here are your SEMI-FINALISTS!

These are the four songs with the most votes in the song tournament! The girls of Fifth Harmony take on this quarter’s heavyweight Rihanna! “Work” has been #1 for 7 weeks on the Billboard Hot 100. Can 5H’s buzz single “The Life” edge out Badgal’s massive hit “Work?”

Gwen Stefani stole everyone’s heart this quarter with her #1 album ‘This Is What the Truth Feels Like’ and her live music video for “Make Me Like You” which premiered (and was filmed) during the 2016 Grammy Awards. She will go up against the dark horse of the tournament, dumblonde‘s “remember me.” Can the underdog duo take on Gwen this quarter?

Here is the semi-final bracket! Vote and share the poll to help your favorite song win! VOTING CLOSES THURSDAY MORNING FOR THIS ROUND!

VOTE NOW FOR THE SEMI-FINALS! 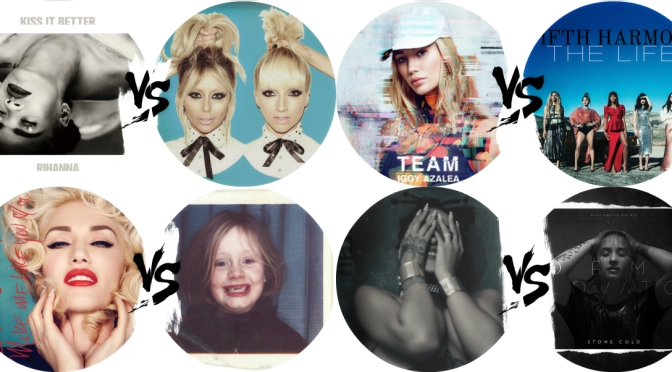 VOTE-VOTE-VOTE in these next battles!

We have our first set of WINNERS! The battles were extremely close during the first round and all these songs edged out their competitors during the final stretch.  The new battles are going to be tough! So without further ado, below is the current roster and following that are the polls to vote for your favorite songs! Polls this round will close WEDNESDAY! Make sure to share the polls to help your favorites win! 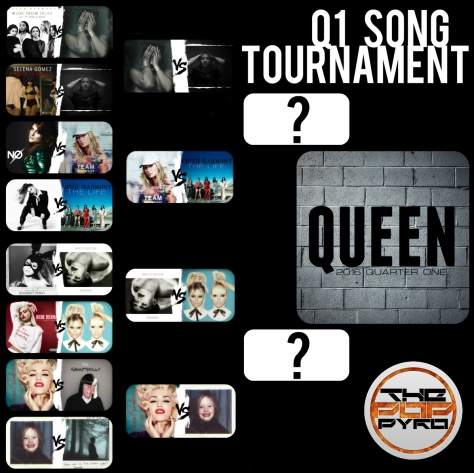 ROUND 2 BATTLE POLLS ARE OPEN! VOTE BELOW!

You might not be completely familiar with these two songs YET. But soon enough they’ll be heavy hitters in your playlists. Bebe Rexha and dumblonde have yet to make a huge splash into top 40 radio with “No Broken Hearts” and “remember me” but that doesn’t mean you shouldn’t give them a listen right now and start a new love affair. The newly blonde Bebe will face the iconic blonde duo dumblonde this round. Listen to their songs below and pick a favorite to move forward in the bracket and battle out one of our big shots!

Are you team Bebe Rexha?

VOTE EVERY HOUR! Let me know which song you picked on The Pop Pyro‘s Facebook, Twitter and Instagram! Share the poll to help your favorite win! THE FIRST ROUND OF VOTING ENDS MONDAY APRIL 4th!

This is the official post for The Pop Pyro’s Q1 Song Tournament.

I will use this post to update the new battles as they are announced over the weekend. Check back here for the latest update on the bracket and find links to each battle’s individual post with videos. Polls for this round end Monday (April 4th) evening! 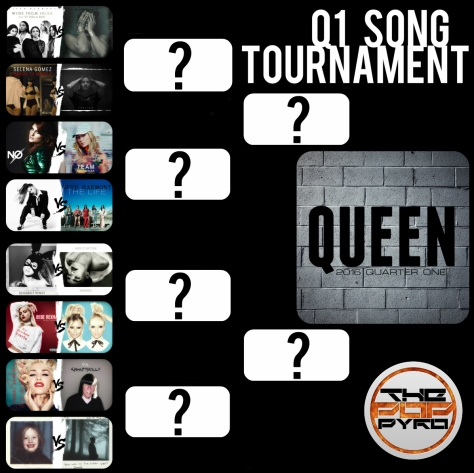 VOTING FOR ALL ROUND 1 BATTLES ARE CLOSED: 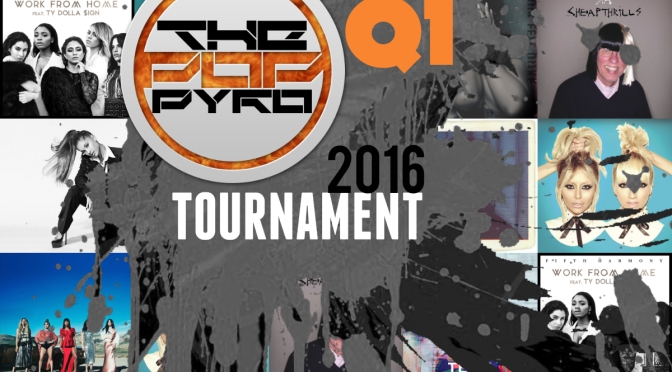 Let’s choose the QUEEN of 2016’s first quarter of music!

I have a few favorites of my own, if they make it to the year-end list, I will later reveal. But first, I want you all to choose your picks. The songs were chosen from songs released and discussed on The Pop Pyro starting January first through today (March 30th). There are also a few wildcards thrown in. Let’s have a little fun now! The bracket will be revealed each day as I start a new song battle.

There’s a new Queen to add to team #BedroomMusic.

Selena Gomez has had a steady progression with her musical career. She solidified herself as a pop heavyweight after she released 2013’s “Come and Get It” (from her album ‘Stars Dance’) then gave it one of my favorite music videos of all time. ‘Revival’ proves that she is still a pop superstar but also an artistic risk-taker with her music.
Selena Gomez could have easily had a successful album by making the expected dance teen pop album that she had been boxed into with her previous albums. But she took a HUGE risk and made a mid-tempo album with breathy vocals and intimate tones. I go into further detail about the album and my reactions, after its first play, with my #QuickListen review that was posted here on The Pop Pyro earlier this year. Read my review: Click Here
Selena Gomez unraveled this album better than most pop stars can these days. Every single, performance and promotion for ‘Revival’ painted the perfect picture for what this album is. And upon listening there were no surprises except good music. “Good For You” was the perfect lead single. The song was extremely successful on the Billboard Hot 100 and has over 200 million streams on Spotify alone. The success continued with her second single “Same Old Love” also topping the charts. She is currently promoting her latest single “Hands to Myself” with performances at the iHeartRadio Jingle Ball and Victoria’s Secret Fashion Show. She just released her sexiest video yet with its video as well.
‘Revival’ reveals an entirely new facet of Selena Gomez. It’s cohesive; it’s sensual; it’s insightful; and it’s just an all-around GOOD ALBUM. It debuted at #1 on the Billboard 200 albums chart and topped many critic’s end-of-year album lists. For all of these reasons, I picked ‘Revival’ as The Pop Pyro’s “Album of the Year.”

Other Top-Picked Albums This Year: